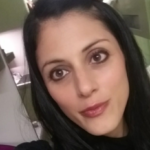 During my University’s theoretical studies about History of Art and Cultural Heritage’safety, before gaining a Master’s degree in
History ofContemporary Art, I started feeling the urgent need to express myself by images, when words became not enough any more.

I understood, in fact, that creating something materical or “kind of” was the real reason of my path: I  grew up as a creative and sensitive baby, one side fascinated by the Lego, Lego Technic, 3D puzzles and Super Mario  and on the other, emotionally shaken by Classic Disney’s animation’s films and characters  ( Alice in Wonderland, The Aristocats, Pinocchio, Dumbo, Bambi and Swnowhite, some of my favourites – don’t tell me that you didn’t cry for Dumbo’s Mom or Bambi’s one!). Some years later i was a super-fan and follower of Anime and Manga (Saint Seya and Sailor Moon, my favourites), Comics, children books and music.

All these contaminations got radicated in me, making my fictional-mind so productive and chomping at the bit.
That’s why words became not enough any more.
And sometimes (or many?) I think we needn’t too.

I started approaching the CG studying Maya 2013 and ZBrush, in a 3D generalist’s course, that I discovered at a Romics’ stand ( the Italian Comicon in Rome); it was super until I discovered the compositing, some years later!.
In that moment I felt grateful: when I understood that I could basically be
a kind of magician! A magician could make people to believe in illusions, giving the hope that something that doesn’t exist is in front of you.

Giving life and a “face” to an imaginary world it’s a way to love and respect feelings, and, a huge challenge, also.
My challenge through the coming years.

This is my starting point idea, as junior Nuke compositor:
using all my artistic and empathic  skills to give people emotions to believe, giving an earthy body to love&illusions.
<3